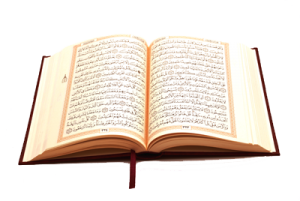 Surah 3, Verse 7: He it is Who has sent down to thee the Book: In it are verses basic or fundamental (of established meaning); they are the foundation of the Book: others are allegorical. But those in whose hearts is perversity follow the part thereof that is allegorical, seeking discord, and searching for its hidden meanings, but no one knows its hidden meanings except Allah. And those who are firmly grounded in knowledge say: “We believe in the Book; the whole of it is from our Lord:” and none will grasp the Message except men of understanding.

In your study and reflection of the Holy Qur’an, do you want know what the Qur’an says about something? If you have to rely on English translations of the Qur’an, would you like to compare translated texts from various scholars? Do you also want to explore meaningfully related words and concepts?

This site is designed for deeper Qur’anic explorations. It gives you tools you need to search, explore, discover and study the Noble Qur’an, along with related Hadiths.

It is of course best to be able to read and understand the message of the Holy Qur’an in its original Arabic form. But while we strive (especially as Muslims) to learn (Qur’anic) Arabic, the struggle to achieve sufficient mastery in it still sees us seeking translations of Qur’anic texts in order to access and reflect upon its message — and for many, translated texts may be the principal means by which they do so throughout their lives.

Aim of this Site

This site allows the use of English keywords to search for verses in the Holy Qur’an containing such words or concepts. The aim is to facilitate personal exploration, study and reflection of the Qur’an, through translations from recognised scholars.

While they can never replace Qur’anic texts, exploring and comparing translated texts from multiple translators has intrinsic value in that one can reflect upon the different word choices and phrasing of the translators to gain greater insight into the message contained in the original text.

Additionally, translated Hadith texts may also be included in your exploration alongside the Qur’an translations.

Who would find this site useful?

The main target users are Muslims (and other interested non-Muslims) who want to study the Qur’an but are unfamiliar with the original Arabic language and text.

We hope that you would find the use of English to search and explore what the Qur’an says to be useful.

What’s different about our Search?

Though there are already websites that support searching translated texts for occurrences of particular words, and some even extend search to synonyms of those words, we provide here more extensive forms of exploration to support personal study and reflection.

More specifically, our methods leverage the use of an extensive lexical database for English (see the Wordnet project), which will allow us, in addition to synonym searches, to explore related texts based on conceptual-semantic relations encoded in that database.

These are further described under Features.

This site uses Quranic and translation texts obtained from:

Quranic text, and translations by Muhammad Asad and Abul Ala Maududi.

All other translation texts.

Muhammad Asad’s commentary text was originally obtained from a website which no longer appears to exist. The text, however, has been (randomly) cross-checked against that viewable on quranix.com.

Hadith translations were obtained from IslamicNature.com

Many thanks to the creative guys at PSD.CO for their free and open source PSD files. Other images licensed from shutterstock.

This site is a not-for-profit site and is made available freely for your use.
We hope that you will find it useful, and may Allah SWT ease your path to Knowledge.

We continually strive to ensure that translated texts are error-free.
Nevertheless, we cannot guarantee that the translations shown on this site are true and accurate versions of the original translations.